Originally advertised as an 8-issue series, but reduced to four. Eagle first took on Johnny Alpha in the 2000 A.D. MONTHLY miniseries. His next appearance is in the Strontium Dog Special from Quality Periodicals, followed by the regular series.

Strontium Dog is a long-running comics series featuring in the British science fiction weekly 2000 AD, starring Johnny Alpha, a mutant bounty hunter with an array of imaginative gadgets and weapons.

The series was created by writer John Wagner (under the pseudonym T. B. Grover) and artist Carlos Ezquerra for Starlord, a short-lived weekly science fiction comic, in 1978. When Starlord was cancelled the series transferred to 2000 AD. In 1980 Wagner was joined by co-writer Alan Grant, although scripts were normally credited to Grant alone. Grant wrote the series solo from 1988 to 1990. 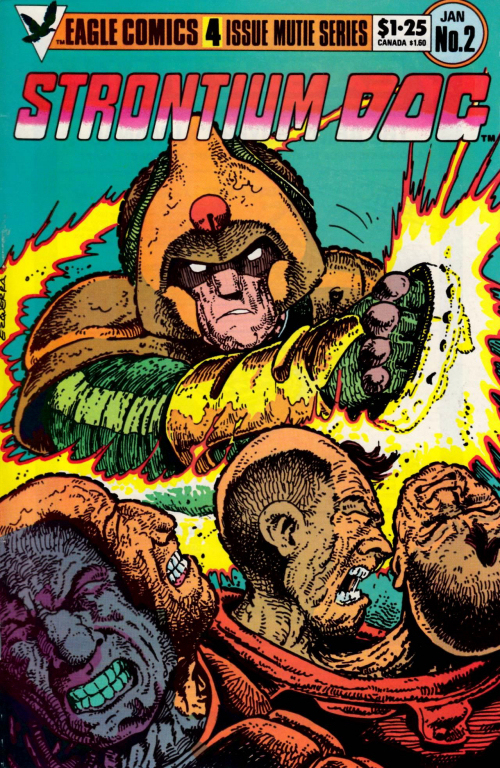 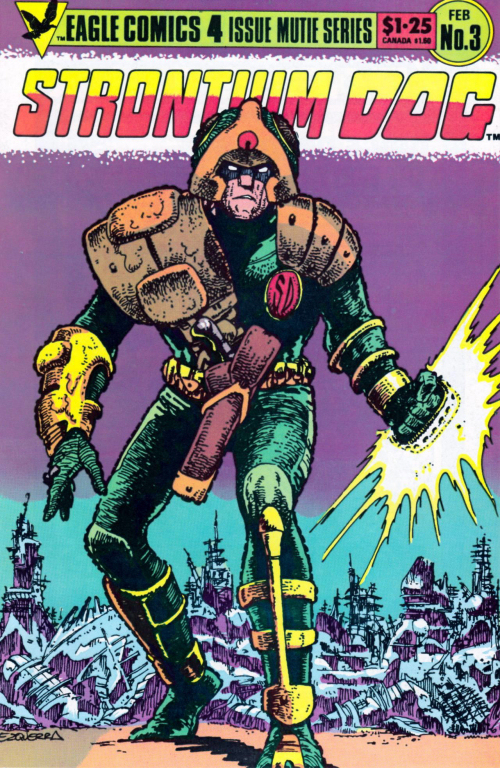