The Knights of Pendragon is a superhero team appearing in American comic books published by Marvel Comics. The team was published by the imprint Marvel UK in a self-titled comic from 1990 to 1993, and in the anthology title Overkill. It was written by Dan Abnett and John Tomlinson with art by Gary Erskine. Pendragon is an alternate name for King Arthur.

The comic was created during a period of attempted expansion by Marvel UK, trying to build on the critical success of Captain Britain.

Knights of Pendragon was initially a highly political and environmental comic, its themes borrowing heavily from British folklore and the growing New Age and neopagan subcultures. The comic was even printed on Scangloss, which is an environmentally friendly paper using half the trees and minimum whitening bleach.

Later issues dropped or downplayed these elements and the series became a more standard superhero title.

Skip Dietz and Hoang Nguyen featured the team in Marvel Comics Presents #122 (February 1993); the story is about an investigation into the cause of crop circles.

John Freeman pitched a follow-up called Armageddon Knights in late 1993, but never received a response; the story, which featured Grace and Union Jack, would have wrapped up loose-ends from the preceding series.

*This Title is complete* 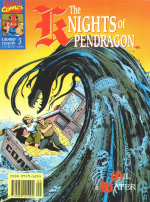 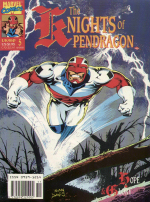 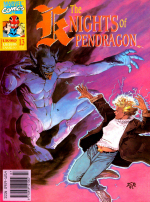 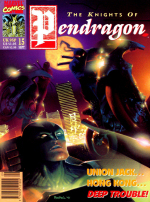 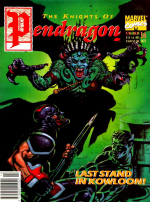 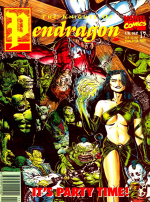 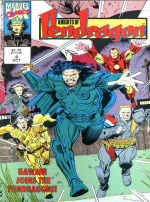 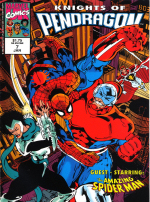 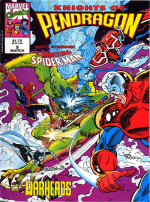 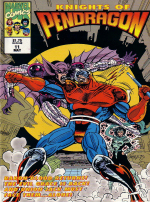