Giggle was a shortlived weekly Fleetway humour comic, published from 1967 to 1968 and billing itself as “adventure and fun for everyone”. It eventually merged into Buster.

Giggle seems to be a comic that passed some of us by. I certainly wasn’t aware of it back then, not until it had been merged into Buster for a few months. Giggle was published by Fleetway Publications Ltd and its first issue was dated 29th April 1967. Priced at 5d (2d cheaper than its Fleetway companion comics), it was evident that it was trying to directly compete with the D.C. Thomson comics. Even Giggle’s logo, with the framed ‘G’ had similarities to the logo used by The Dandy at the time, and the character Giggle the Playful Cat (who soon became Giggle’s cover star) was evidently trying to mimic the popularity of Dandy cover star Korky the Cat. Despite some nice lively art, he was no Korky…

(Information thanks to Andy) 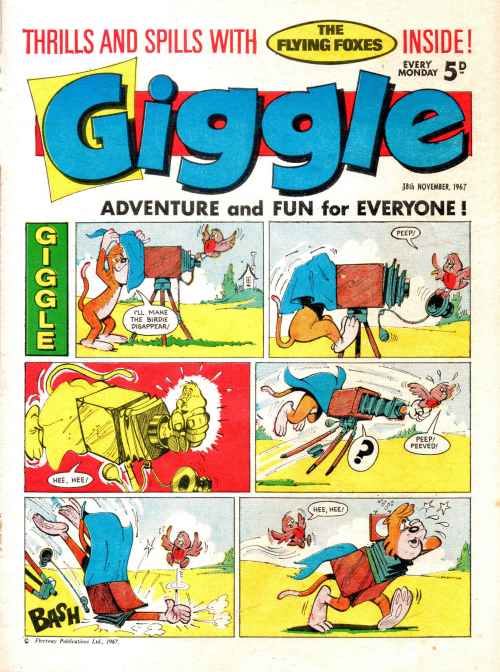 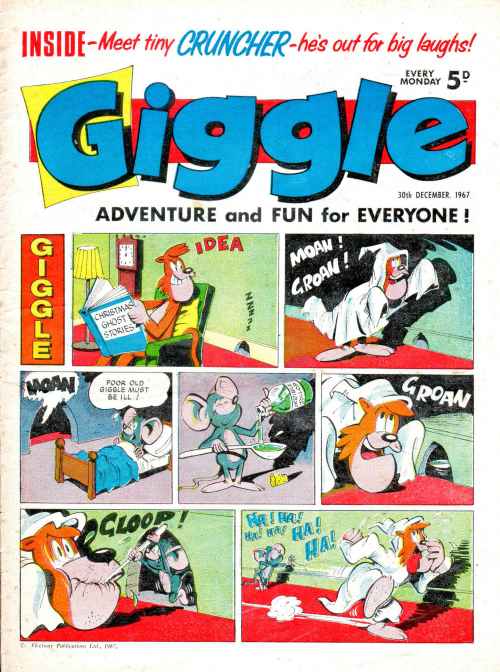 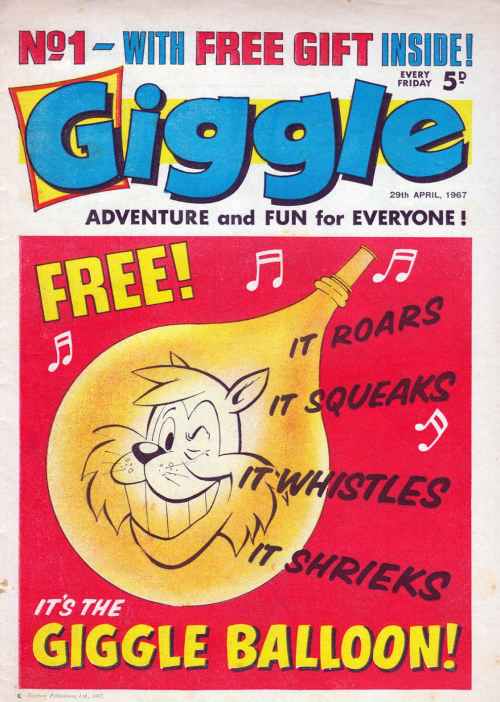 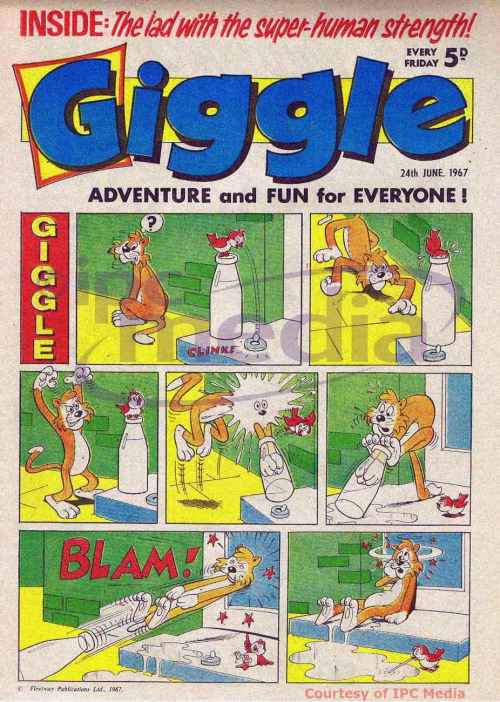 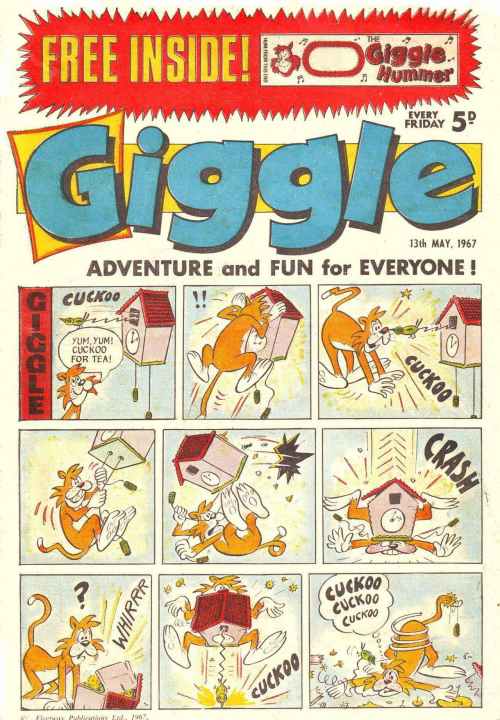 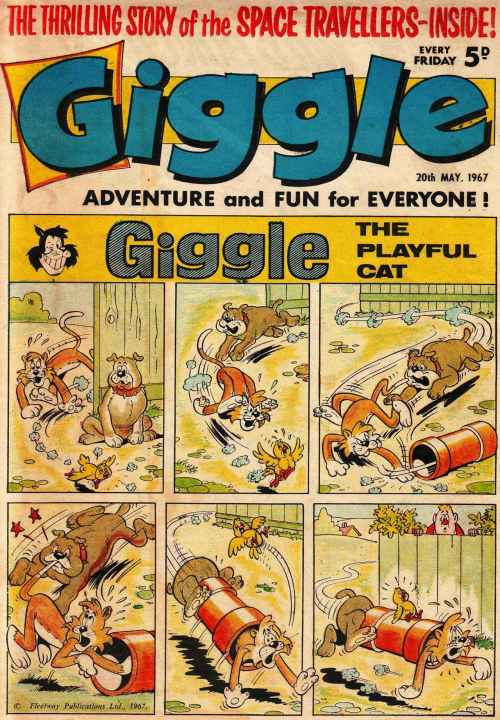 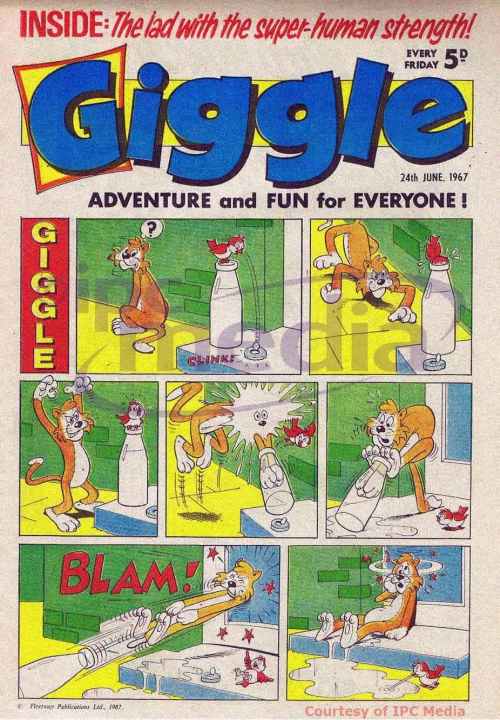 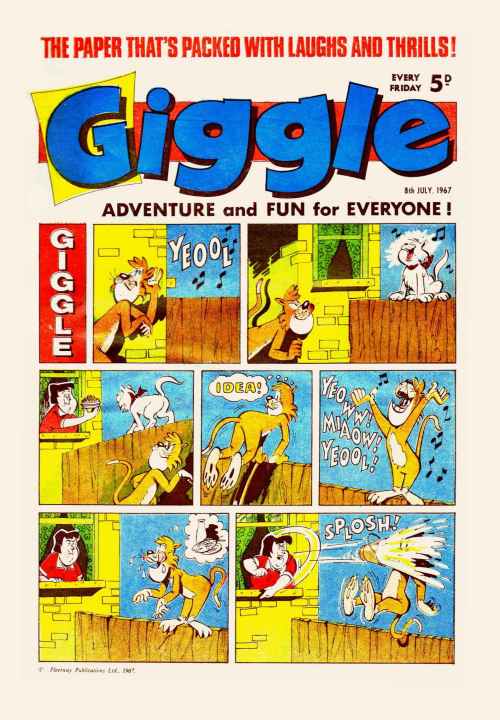 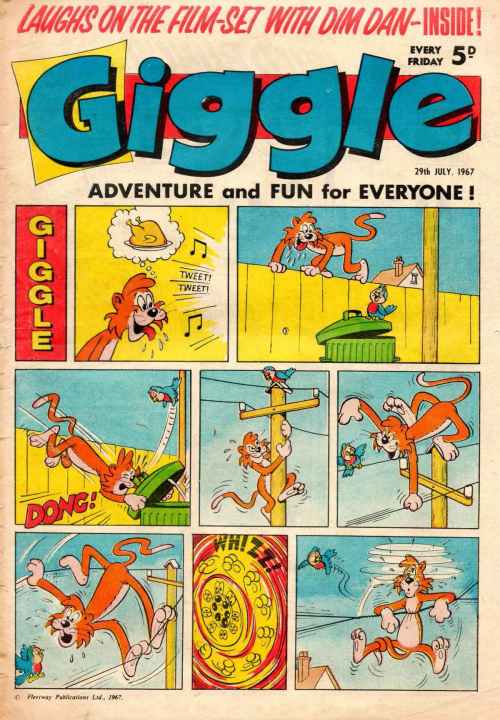