Zit was an adult British comic that was published by Humour Publications UK, beginning with a free sample issue in January 1991, and with issue 1 in February 1991.

It was one of many such comics similar to Viz, and was also of lower production quality than its inspiration. As well as comic strips, it also included photo strips, joke articles, celebrity references, and adverts for phone lines and mail order products, many of a pornographic or sexual nature.

The owner of Humour Publications, Russell Church, attempted to stir up an aggressive rivalry between his publication and the far more successful Viz, but, as Viz editor Chris Donald stated in his autobiography, “Church’s magazine was so bad he couldn’t give the thing away”. In 1993 Church sued another Viz clone, the Huddersfield-based Spit!, for “passing itself off” as Zit. He pursued the case all the way to the High Court, where the judge ruled that nobody “with reasonable apprehension or eyesight” could confuse the two comics. Church was ordered to pay Spit!’s legal bills, which came to around £32,000. Soon after this setback, Church was sued by the British TV presenter Anne Diamond, following a tasteless reference in Zit to her child’s tragic cot death. This effectively sank Humour Publications, and Zit continued with a different publisher’s backing before vanishing from the shelves in 2002. 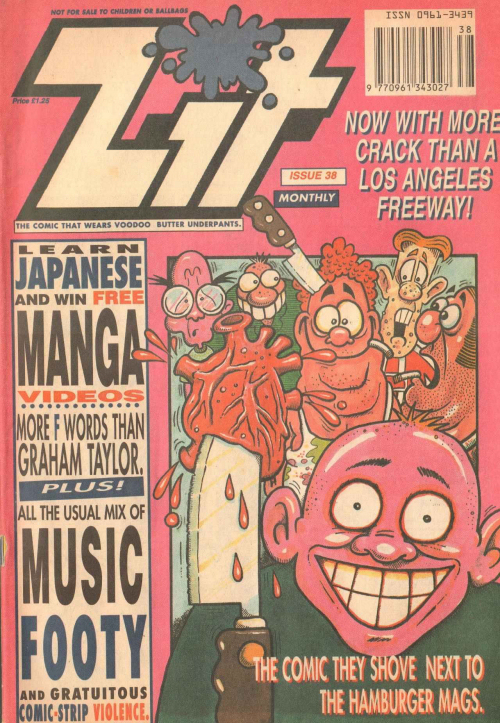 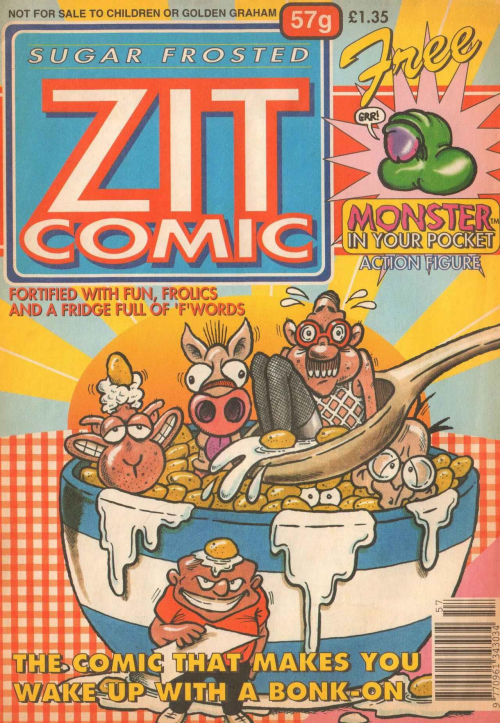 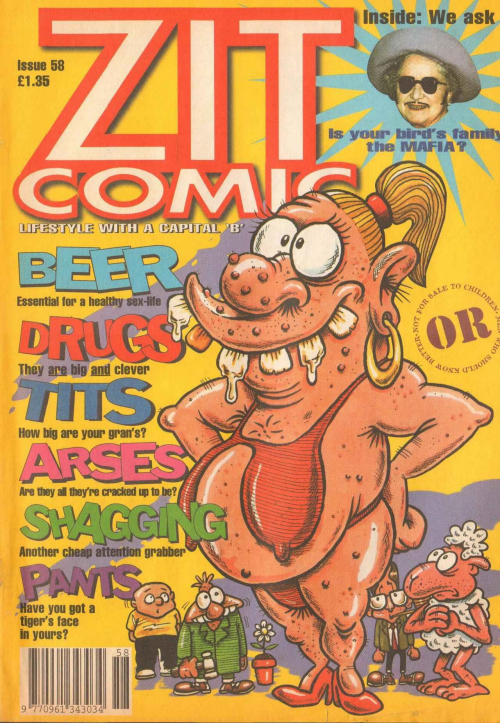 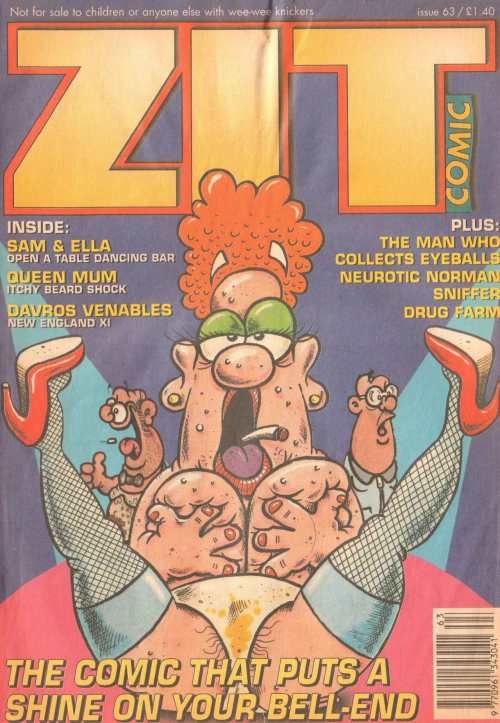 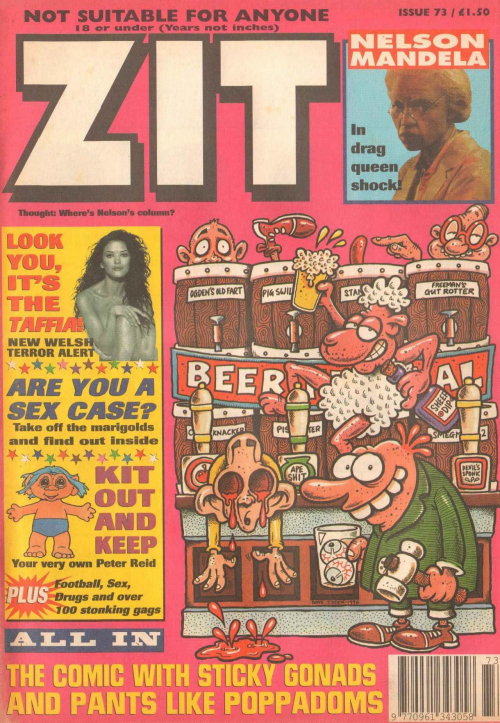 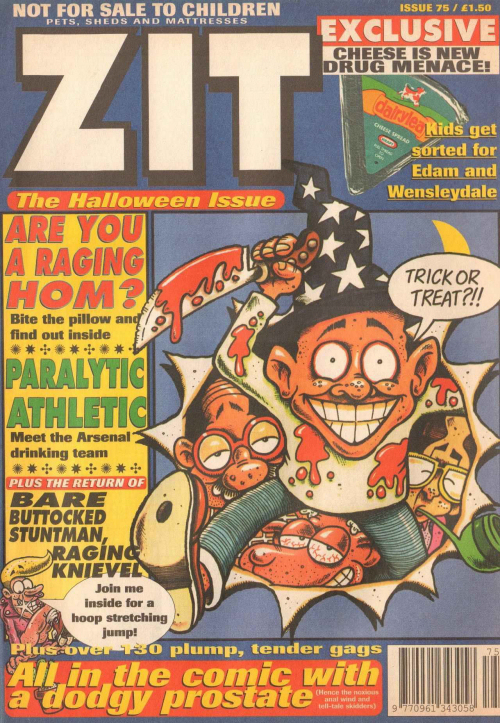