Jag was a weekly boys adventure comic launched by Fleetway on 27th April 1968. Unlike its stablemates at the time, the comic was tabloid sized, printed on higher quality paper, and had four of its sixteen pages in full painted colour, and a further four in spot colour. Its format was closer to that of rival publisher Hulton Press’s Eagle than of the other Fleetway titles, but it lasted just 48 weeks (and towards the end became just a standard 32 page comic in the same format as Fleetway’s other titles). Strips featured included The Mouse Patrol (by Eric Bradbury), Cap’n Codsmouth (by Joe Colquhoun), Boy Bandit by Tom Kerr, The Indestructible Man (by Jesus Blasco), Custer by Geoff Campion, Football Family Robinson by Joe Colquhoun, and SF strip New World for Old. Following its cancellation, Jag joined the masthead of Tiger. There was also a Jag Football Special, and Jag Annuals were published from 1970-1973.

Issue 20 is issue 22 so you can delete that issue. 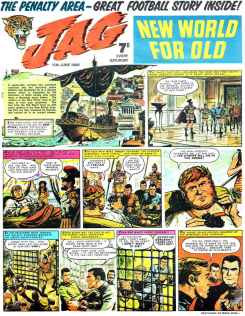 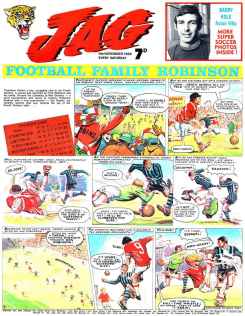 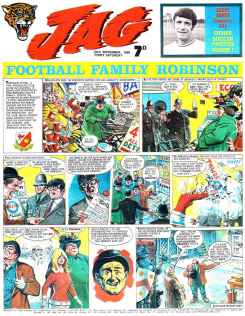 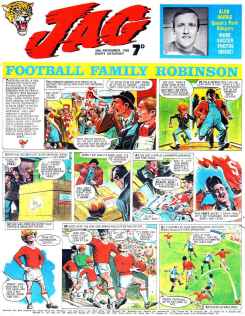 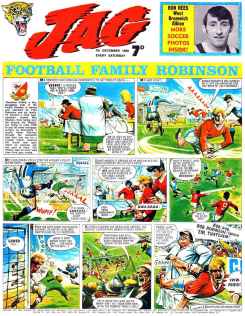 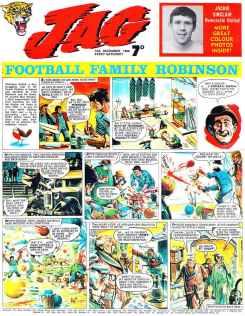 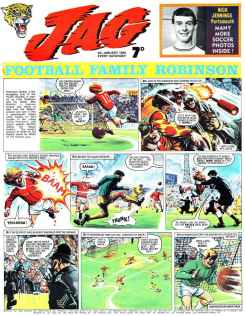 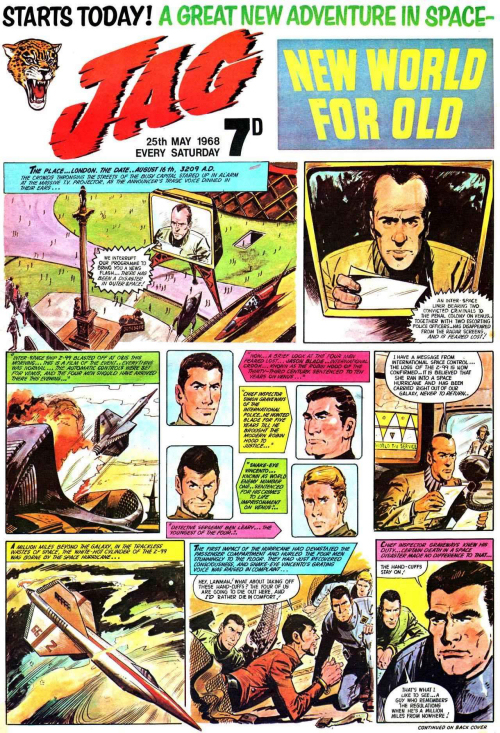 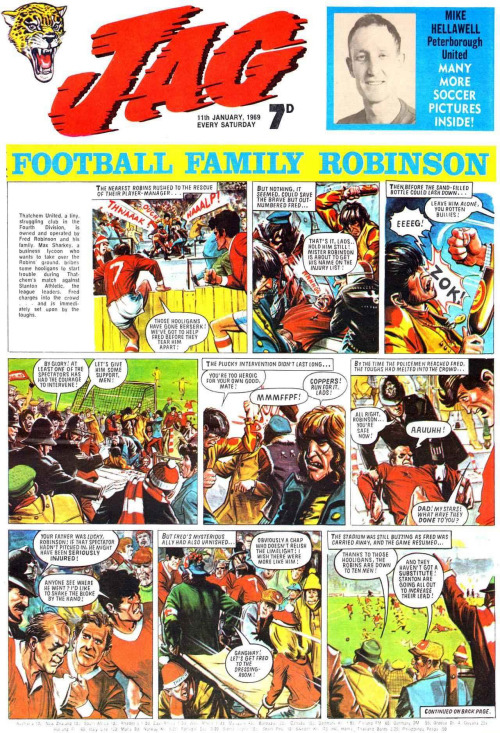 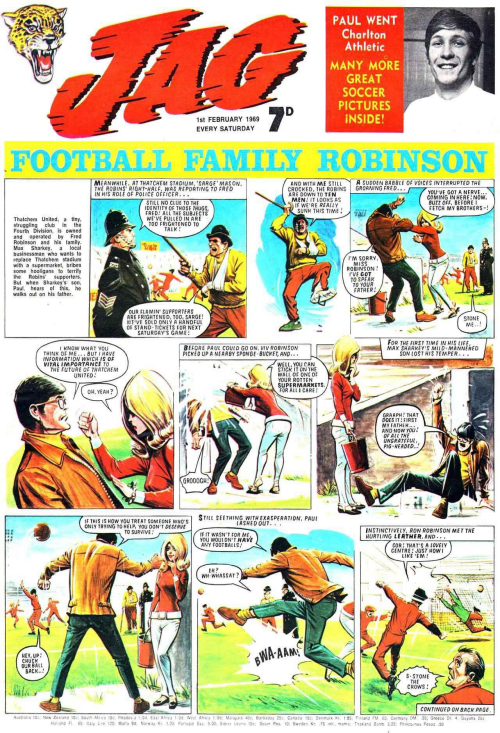 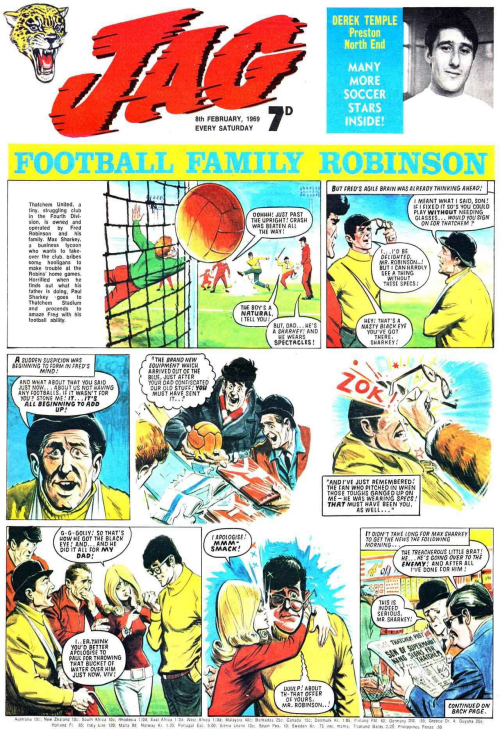 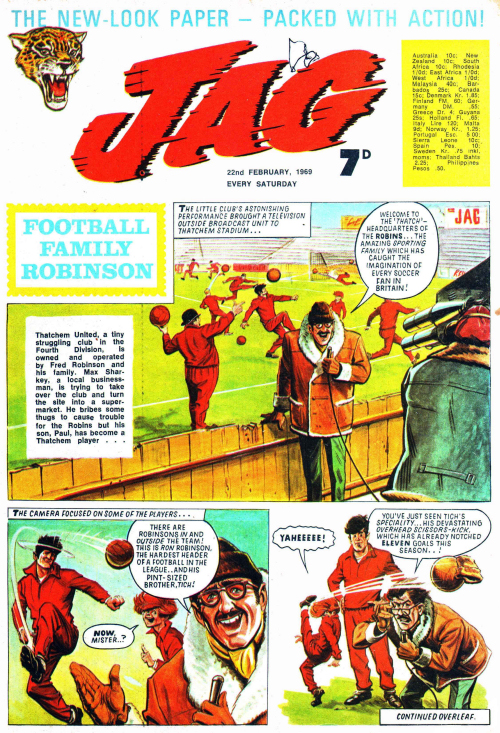 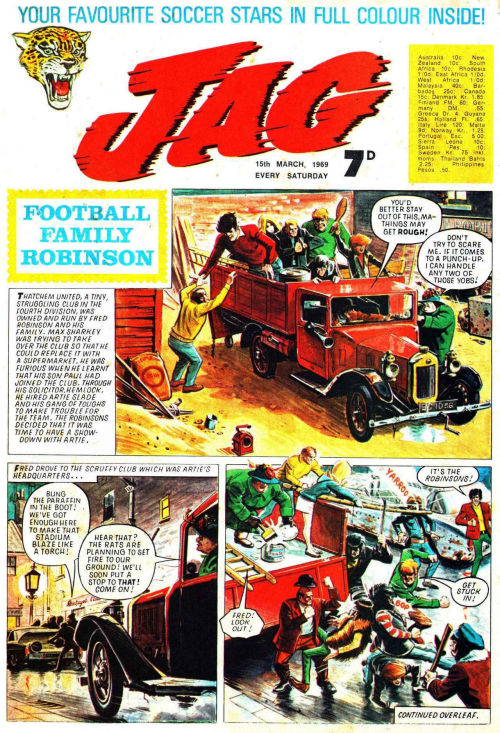